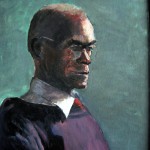 Known as “Mr. Larchmont,” Philip Severin played an integral role in the evolution of our present-day community. Severin was a realtor, developer, planner, landscape architect, historian, artist and writer. He recorded his surroundings and experiences  in both his art and his writing, preserving a record of life in Larchmont that brings the past to life today. His contributions are memorialized on a plaque in the West Gazebo of Manor Park.

The Historical Society acquired a collection of his original sketches in 2006 and is gradually scanning and posting them in our digital Photo Archive. Site link: The Philip Severin Collection

Severin was born in 1894 in New York City. The Severin family moved to Larchmont in 1899. They lived on 28 picturesque acres know as Wilmarth Farms, stretching from the Post Road to Palmer Avenue and from Chatsworth Avenue to the stone wall along Concord Avenue, Virginia Place, Devon Road and Nassau Road. His father, Jacob Zvirin (name changed later) was a printer who also operated Zvirin’s News Store. The Larchmont Historical Society is fortunate to have several of the beautiful photo postcards that he published and sold to residents of Larchmont Village in the early 1900s.